This website uses the latest technology. Unfortunately you’re using a browser that is no longer supported. Please download one of the following browsers to gain the full experience of the website. 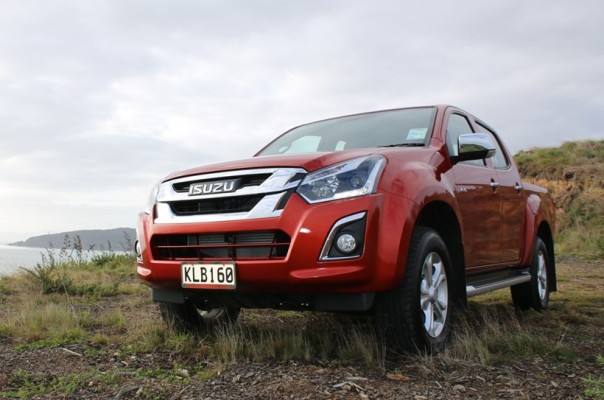 Utes sure are popular at the moment.

Farmers around the country are finding it harder and harder to work out which ute is their ute at the local semi-rural farmers market. Oh wait, theirs is the one with the mud on it -- and not the one with two booster seats and designer dog in the back. Not too hard, really.

As everyone is buying utes, the natural progression is that everyone is now making them. Even Mercedes Benz is releasing one next year -- ideal for a latte and some artisan cheese from the Parnell farmers market.

But where do you go for a ute that is, well, a ute? A traditional hardworking vehicle, something that will get the job done without a big song and dance.

You go to a truck company. Like Isuzu, which has been dabbling in the regular consumer world for some time now. The main idea behind its D-Max is to give it more than enough power for the common driver.

It's true, too, because the D-Max rarely struggles and appears to casually cruise along at 2000rpm regardless of the obstacles. To be fair, there's probably enough "truck" in the D-Max for two utes.

I won't call it a facelift, even though it has an attractive -- sorry, "aggressive" -- new grille. It's chrome and it's different to the last one, but that's probably the least interesting aspect of this upgrade.

What will get real ute drivers fired up is the increased torque. Isuzu has added an extra 50 Nm peak torque, and expanded the band of torque -- that's the money shot right there.

A longer torque band means you have an eager little puppy with wheels skipping at the slightest encouragement. When you are deep in the brown stuff, extra power is right there when you need it. Add in a full bed of builder's tools and that torque is ideal. Tow a trailer weighing up to 3500kg and you will definitely appreciate the new model.

It has satnav and a reversing camera: most real ute drivers would scoff at that tech, but you have to expect some flashy bits these days.

Speaking of flashy, it even has a cigarette lighter and a CD player. Despite the fact that you are more likely to light a smoke than play a CD these days, it's good to have the option.

Don't look for the limited slip dif, the D-Max doesn't need it. The new six-speed transmission, along with the four wheel low mode, will do the work distributing power where it is needed.

On road, it's smooth, extremely smooth; off road it's in its element. That truck company-designed suspension means you won't need spine surgery after a day on the farm.

At $58,990 for the model tested, it comes in under most of the major sellers for a similar double-cab model with four wheel drive.

The key to the D-Max isits simplicity. Where other utes are going after the male ego with wheel flares, sports bars and oversized tyres, Isuzu is just making a ute.

It is a ute that will get the job done with limited fuss. A ute to deal with all the other ute owners who have no idea how to reverse a boat down the ramp.